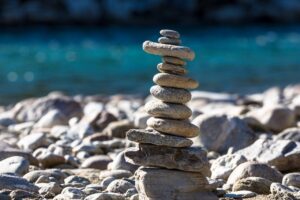 An engineer in a car manufacturing company designs a world class car. The owner was impressed with the outcome and praised him a lot.

While trying to bring out the car from manufacturing area to the showroom, they realised that the car is two inches taller than the entrance.

The engineer felt bad that he didn’t notice this one before creating the car.

The owner was amazed on how to take the car outside of the manufacturing area.

The painter said that they can bring out the car and there will be few scratches on top of the car which could be touched up later on.

The Engineer said that they can break the entrance, take the car out, and later re do it.

The Owner was not convinced with any ideas and felt like it is bad sign to break or scratch.

A watchman was observing all the drama and slowly approached the owner. He wanted to give an idea if they had no problem.

They wondered that what this guy would tell them that the experts could not give.

The watchman said “ The Car is only a few inches taller than the entrance so, simply release the air in the tyres, the height of the car will sink and can be easily taken out “……  Everyone clapped !!!!

Don’t analyzes the problems only from an experts point of view alone.

Life issues are also the same….. Think Simple …..   Do Simple and Live Simple.

Because Originally we are Happy Souls…. Release some Air…. It could be your anger…. Our disappointments …. Our Egos … Our Confusions…

In the End it’s all about ADJUST THE HEIGHT ( ATTITUDE ) to make things easier in Life and uncomplicated things in Life.

Let Me Help You Overshoot Your Goals in the Right Ways.